How Much Is the Average Slip and Fall Settlement? 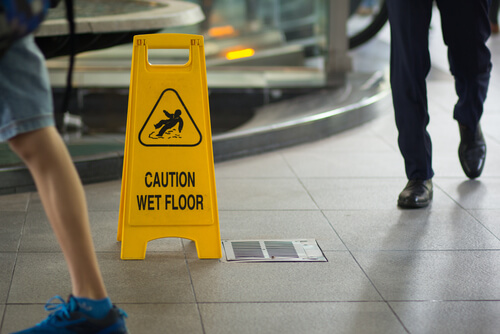 In Slip and fall

An insurance settlement could compensate you for the losses you suffered in a slip-and-fall accident, such as lost wages, medical bills, and pain and suffering. There is no set monetary value for this type of injury claim. Slip-and-fall settlements will depend on the circumstances of the accident, including the type and severity of the injuries you suffered.

Many people wonder what average slip and fall settlements go for. However, in personal injury law, there really is no “average.” Slip and fall compensation amounts depend on several factors, including:

Even a minor injury like a sprained ankle can result in some sort of compensation if the owner of the property in which you were injured is legally responsible for the slip and fall. You could receive a settlement to cover the medical treatment required to heal as well as additional losses resulting from your fall.

An experienced slip and fall injury attorney can review all the facts associated with the accident and determine a reasonable amount to ask for on behalf of their client following a slip-and-fall accident.

Slip and Fall Out of Court Settlement Amounts

You could settle your case out of court to avoid going to trial. As in other cases, the amount of the settlement you’re offered will depend on the severity of your injury and other factors. The more severe your injury, the higher the average settlement amount.

A slip and fall lawyer can help identify all of the damages you suffered and seek maximum compensation for them. Slip and fall damages may include all past and future financial losses you have suffered for

Your settlement should also include compensation for the pain and suffering you endured due to the accident.

Negotiating an Out of Court Settlement for a Slip and Fall

The first step in seeking compensation following a slip and fall is to file a claim against the owner of the property where you were injured. As an experienced slip and fall lawyer and previous insurance defense lawyer, I know firsthand the tactics that insurance companies play to try to prevent accident victims from recovering maximum compensation. I will anticipate these ploys and fight tirelessly to seek the compensation you deserve. My strong track record of success speaks for itself.

If you can’t reach a settlement agreement, you might have to proceed with a lawsuit. However, just because you file a lawsuit against the negligent party does not necessarily mean you will have to go to court.

Insurers are often eager to agree to a settlement figure as a way of avoiding a costly and protracted court battle. Both sides will go through a discovery process to gather evidence and review the opposing party’s evidence. This gives each party’s attorney insight into the strength of the cases and provides more information for negotiations.

How Jeffrey Scott Lasswell Can Help

A knowledgeable slip and fall lawyer can help an accident victim pursue the compensation they deserve following an accident another person’s negligence caused. I encourage you to reach out to Jeffrey Scott Lasswell, P.C. for qualified legal counsel if you’ve been injured in a slip and fall accident. Call or reach out to us online for a free consultation.

For 18 years, I have helped injury victims in Southern Colorado. I handle plaintiffs’ personal injury cases, such as slip and fall accidents and car crashes. My focus on civil litigation and personal injury works to my clients’ advantage, as there is a lot to know and a lot of subtleties in the law. Take slip and fall accidents, for example. There are different categories of how victims are classified when it comes to being hurt on someone else’s property. I know what facts are important and how to prove what is needed to be successful with your case.